Waste incineration: Why isn’t it mainstream in North America? 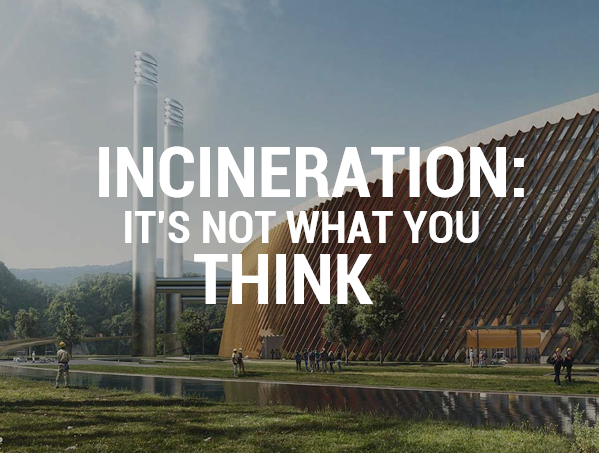 The other day, an old friend of mine – who doesn’t really know much about what I do here at Eco Waste, or really even what Eco Waste does – posted a link to a piece in The Independent about how Sweden has gotten so good at turning its trash into energy that it now imports other countries’ trash just to keep its own facilities going.

My friend’s comment on the link was: “This is awesome! Why aren’t we doing that here?”

Those of us in the waste-to-energy field are, of course, well aware that Sweden has long been the benchmark for successful waste incineration, and we’ve talked about it before.

While containerized waste incineration and thermal combustion technologies have been growing and improving over the past few years, they aren’t really a new idea: The first waste-to-energy (WTE) facility in the United States opened in New York City in 1898, and technology developers have been trying commercialize gasification and pyrolysis facilities for municipal solid waste (MSW) since the 1970s.

So why would someone like my friend – who’s smart, well-educated, up-to-date on current events and with a background in the sciences – have such a gap in her knowledge of waste-to-energy, and completely unaware that environmentally-progressive countries lie Sweden have successfully left landfills behind when it comes to disposing of untreated waste?

Because the industry simply hasn’t done a good job of educating the public. And it’s time we got smarter about this.

It’s time we addressed the 3 core reasons for resistance to waste-to-energy.

Reason 1: Everyone freaks out when they hear the word ‘incineration’.

Outside of the waste management industry – and sometimes within it, unfortunately – the word ‘incineration’ conjures apocalyptic images of town dumps burning out of control, or tire fires, or some guy burning his garbage in his backyard. And many people have heard of the health hazards associated with military ‘burn pits’ that have so often been the way military units deployed in remote locations have dealt with waste they can’t transport out. All of these things are, of course, bad.

But ‘incineration’ in a waste-to-energy or cleantech context is in fact a totally different thing. It’s still ‘combustion’, but it’s combustion that happens in highly-controlled environments, using super-high temperatures. Smoke and anything toxic is then filtered through hard-core scrubbers that ensure nothing dangerous gets into the air, and anything left over – inert bottom ash and more concentrated fly ash – are easy to dispose of, safely.

This isn’t vaporware; it’s not untried technology; it’s not even a shell game that doesn’t withstand scrutiny. High-temperature, advanced incineration which reduces waste by up to 90% with safe emissions has been around for years.

The primary competition for incineration-based waste-to-energy facilities in municipalities and communities when they’re considering a new waste management solution are landfills. Landfills are relatively easy to set up (though they do require proper construction), they’re familiar, and when compared with waste-to-energy facilities, they tend to cost less in the near term.

For the first 10-15 years of operation, the landfill can look like the better investment: If it’s been set up correctly, and the community size stays within predicted growth levels, your landfill won’t cost a whole lot to run, manage or maintain – the ROI looks pretty good.

But at 15-20 years, landfills can start to look like a bad investment.

What started as a plot of land in the middle of nowhere has now been surrounded by the city and is pulling property values down; it’s starting to near capacity so you need to find a whole new site for the garbage; and all that stuff accumulating in the ground has caused groundwater pollution problems that no one anticipated – and suddenly that ‘cheap’ solution is far more expensive than planned.

The cleantech waste-to-energy incineration facility, on the other hand, is still operating just fine. It doesn’t require more land, isn’t causing more pollution, and in fact is improving efficiency as it upgrades its technology.

Unfortunately, the people most able to effect a shift from landfills to WTE are politicians, who often control budgets and strategic initiatives for the communities in which they live. And when they need to be re-elected, they opt for choices which look better in the short-term, which means they aren’t often good at making the case for the long-term benefits of incineration-based waste-to-energy.

Reason 3: No one knows enough about garbage.

While 66% of Canadians believe that protecting the environment is important, even at the risk of stifling economic growth, they, like the citizens in many other developed countries, are still generating 2.7kg of waste per capita every single day.

And far too many people still think that recycling is going to solve the problem, even though recycling only addresses a small fraction of the waste generated.

Why? Because those of us who know better – those of us in the thermal conversion industry, particularly – aren’t making the case very well. We see the media running stories that focus on community protests against a proposed waste-to-energy facility and don’t speak up to explain that ‘incineration’ doesn’t mean uncontrolled burning. We don’t invest in lobbying politicians to help them make the case for thermal conversion to their constituents. We don’t invest in marketing and PR efforts to help the public understand that modern incineration is much more environmentally sustainable than they realize. And we often resist partnering with other thermal conversion companies to drive the industry forward because we worry about getting or maintaining a competitive advantage.

So what do we do?

It’s time for those of us in the thermal conversion and waste-to-energy industries to get more vocal about what we do – and why it’s so smart. It’s time to stop assuming that no one wants to talk about garbage and start talking about how waste-to-energy is not just interesting but effective, and how it’s giving us a real opportunity to improve our communities and the planet. It’s time to stop being embarrassed by talking about our careers in ‘garbage’ and start evangelizing about cleantech.

Because when people know more, they start thinking like my Facebook friend: “This is awesome! Why aren’t we doing that here?”