It could be a great moment for WTE 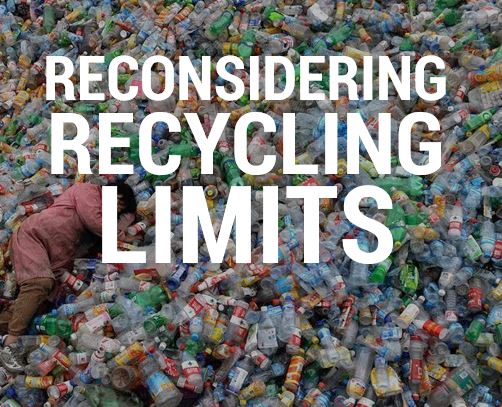 Even if you’re not one of those people who keep waste management top of mind, you’ve probably heard about China’s recent ban on 24 categories of solid waste, including lots of the materials that many North Americans diligently sort into their recycling bins every week.

China has long been the recipient of waste from other countries, and was, until recently, the world’s biggest importer of recyclables. In fact, 80% of the recyclables collected by some municipalities in North America were sent to China.

Historically, China would accept recyclables with as much as 3% contaminants. The gap was bridged by local processors in North America, who would remove a large amount of contaminants before shipping the recyclables to China.

As of January 1, China will only accept waste with 0.5% contaminants, leaving many North American municipalities with tonnes of waste that have no place to go. Most of them will, unfortunately, end up in landfills.

Recycling is less effective than most people think

The widespread implementation of recycling programs across North America in the past 20 years has been a good move forward for waste management – today’s 20-somethings have grown up knowing the value of reducing and sorting their waste, and composting is no longer the purview of just those hippies down the block.

However, the mainstreaming of recycling has given many of us the false idea that we’ve ‘solved’ the problem of solid waste. Sure, recycling has diverted some waste out of landfills, but the problem of contamination means that landfill disposal continues to grow. And the need for fossil fuel-based energy to process recyclables means that recycling isn’t really the magic solution that many of us think it is.

That doesn’t mean we shouldn’t continue recycling. It means that we should also be thinking of complementary waste management solutions.

Everyone has been focused on the immediate consequences of China’s new rules: The stockpiled waste, the increase in landfill requirements, the loss of revenue for recyclers, etc. But maybe this is a great time to rethink waste management, especially in North America.

While the EU has begun to focus on the Circular Economy and is taking action on several fronts, North America has been slow to address it on a large scale. Broadly speaking, a circular economy seeks to reduce waste (and its consequences) by reducing waste at the source, encouraging businesses and consumers to be more mindful of waste, and finding ways to convert waste into usable commodities. This is where waste-to-energy (WTE), also known as energy-from-waste (EFW) comes in.

Waste-to-energy (WTE) is an important part of a larger waste management strategy that decreases both waste generation and the dependence on landfills, combined with a commitment to reducing pollution.

Essentially, WTE technology is designed to incinerate waste in a way that reduces waste volume and toxicity, while releasing exponentially less toxins and pollution into the environment than landfills or even traditional recycling processes. 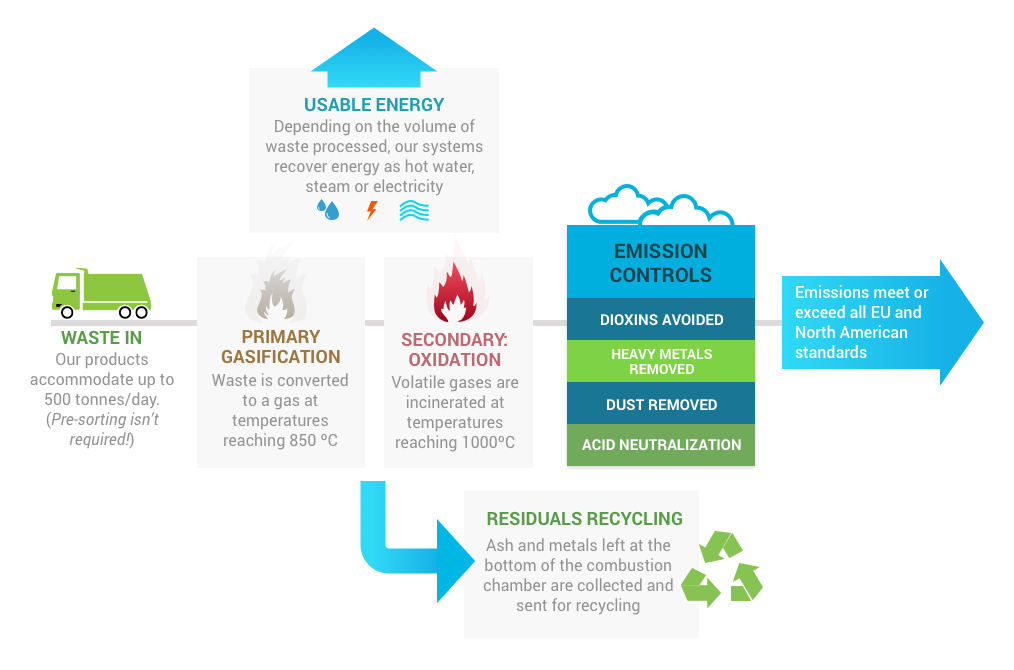 While large-scale waste-to-energy facilities have been up, running and successful in Europe for decades, they continue to be largely unknown or unwanted in North America. Sweden, for example, has begun to import waste in order to fuel its very successful waste-to-energy plants.

North American municipalities, on the other hand, have continued to face resistance to both waste-to-energy and to aggressive consumption reduction efforts.  In a climate where economic growth is expected, encouraging people to reduce consumption can be problematic politically.  And in the era of ‘fake news’, North Americans hear words like ‘incineration’ and ’emissions’ and aren’t sure what to believe.

However, it’s interesting to note that waste-to-energy initiatives have been operational in North America for 110 years. We’re in a good position to be world leaders in this area – if only we were able to get people a little more excited about the possibilities.

So what are the next steps?

Historically, those of us working in waste management have been hesitant to criticize recycling – even though we’ve long known that it has serious limitations and isn’t nearly the perfect solution that it’s often believed to be. But China’s new regulations have highlighted the limitations of recycling, and now more non-waste-management professionals are talking about alternatives.

Maybe it’s time for those of us who’ve been working to improve the technology involved in waste-to-energy, and have seen just how effective – and safe – it can be, to start talking, especially in North America.  To think in terms of the technology, rather than in terms of ‘garbage’.

Because we all deserve better waste management solutions.